Archers, which were simply renamed Cherokee 180s, debuted in 1974, and made their entry wearing the old Hershey Bar wings. They differed from the Warrior not just in the horsepower department, but also in size. In 1973 the airplane was given a five-inch fuselage stretch; a bigger door, cabin, and stabilator area; a new version of the O-360; a 50-pound gross weight increase; and an instrument panel redesign. Like the Warrior, airplanes in the 1974 model year were first called Challengers. In 1976 the wing planform was tapered and the aircraft were renamed Archer IIs. Archer manuals proclaim maximum cruise speeds in the 125-kt range at 75-percent power — about the same as the Warrior II’s — but Archers have maximum gross weights 225 pounds greater. 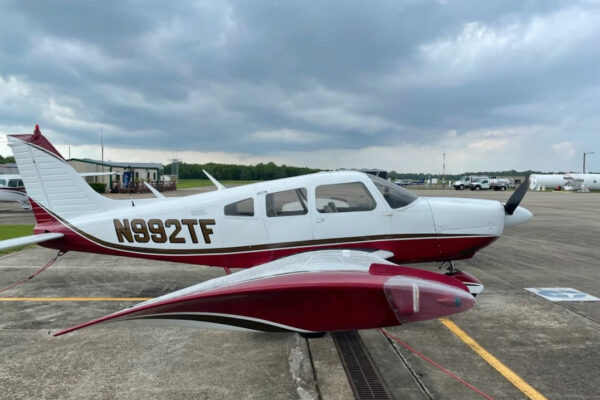